By mail on Sunday Comment for the Daily Mail

It has now been almost five years since the Brexit referendum changed the country and shocked its complacent elite. It is useful to recall some of the arguments used by the most fervent and fear-mongering Remainers to try to scare people into voting for national independence.

Take, for example, The Guardian newspaper, the beating heart of hardline Remainer.

On June 15, 2016, he crudely referred to Brexiteers as “Europhobic,” in the usual left-wing fashion that assumes that anyone who disagrees with the Islington Liberals must have something wrong with them.

And he urged us all to vote “to stay in the club which represents the most advanced form of cross-border cooperation the world has ever known”.

He prophesied that “the only argument regarding the immediate economic effects of Brexit is the depth of the blow the economy would take.”

He warned of government by “ruthless plutocrats” indifferent to increased spending for the NHS.

Well, it is now very difficult for anyone to argue that the welfare of the health service, which has memorably brought the Prime Minister through a serious fight with Covid, is not one of the government’s main goals. by Boris Johnson.

It is now very difficult for anyone to argue that the welfare of the health service, which memorably brought the Prime Minister through a serious fight with Covid, is not one of the main goals of Boris Johnson’s government.

As for “the most advanced form of cross-border cooperation the world has ever known”, it turned out to be the “advanced” EU that completely messed up the development, procurement and distribution of vaccines against. Covid-19, while an agile and independent Britain used its newfound freedom to show how it had to be done. Brussels – far from cooperating – has responded to the UK’s success and the EU’s failure with anger and threats.

And our new national agility is not only demonstrated in our ability to run our own national projects successfully, free from bureaucratic slowdowns at EU level. We also see it in the economy, which some have claimed Brexit will instantly devastate. In fact, reports from all directions show a strong rebound from the Covid shutdown, of a kind that surely wouldn’t happen if these warnings had been true. New orders are pouring in. A record £ 9.4 billion has been raised so far this year by companies listed on the London Stock Exchange.

The key purchasing managers index (PMI) for the service sector is higher than at any time since 1997, retail sales are also on a marked upward trend. An expert report predicts a “dazzling” growth rate when results are released for the second quarter of 2021. 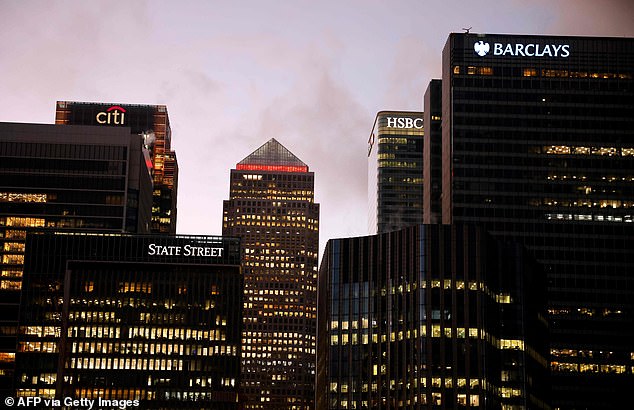 Our new national agility is not only demonstrated in our ability to run our own national projects successfully, free from red tape at EU level. We also see it in the economy, which some have claimed Brexit will instantly devastate (file photo)

Other indicators are just as good, such as soaring house prices, fueling growing demand for bricks (always a good sign), a three-year high for the pound and rapid growth in manufacturing. The advertising market, an essential lubricant for business, is doing better than at any time in 45 years. The contours of a new commercial relationship with the rest of the world are already taking shape.

Our exit from the EU was not without problems. No one said it would. But the predictions of an economic Armageddon have not been confirmed.

So let’s not spoil all this success by overreacting to a new set of doomsday prophets, who are constantly trying to keep society and travel closed. We are all for caution, and especially for measures that will keep the NHS from being overwhelmed.

But under the new conditions created by the vaccine’s success, too much caution and a reluctance to reopen could all too easily do more harm than good.